The Art Market is Searching for Answers

There is a theory in the art market which has not been fully formulated, but which is largely accepted and is brought forward to criticize any judicial decision involving a work of art. It might be called, until a better name is found, the Theory of Judicial Incompetence in Art Disputes. According to this theory, judges and juries are too thoughtless to understand the complexities of the art market, and the authenticity of an artwork can only be fully comprehended by an art expert in his or her native environment, meaning anywhere outside of a courtroom.

The AAR apply wherever the parties to an art market dispute agree to submit their dispute to resolution by arbitration in accordance with the AAR. This is usually done in the purchase agreement or in an auctioneer’s terms of sale but could be in an agreement after a dispute arises. To be clear, the AAR can apply to any art market dispute: authenticity, ownership, other contact claims, etc. However, the rules were first formulated to deal with authenticity disputes and seem better suited for this type of claim.

The AAR creates an “Arbitrator Pool” and an “Expert Pool” to decide disputes. The Arbitrator Pool is a group of arbitrators composed primarily of international lawyers with experience in litigating or counseling clients in art law disputes. The Expert Pool is composed of specialists qualified to address authenticity issues and includes international materials analysts, forensic scientists, art historians, and provenance researchers. The authenticity of artwork is typically evaluated according to standards of connoisseurship, provenance, and forensic science. While relevant scholars of an artist must be approached on a case-by-case basis, experts in the fields of provenance and forensic science can analyze objects of art more generally. As an alternative to having disputing parties retain their own respective experts in these fields, with such experts then advocating for their side, the AAR offers the Expert Pool to provide the exclusive analysis and testimony on these subjects. The parties may retain their own consulting experts to assist in their work with, and examinations or cross-examinations of, the chosen experts from the Expert Pool.

The AAR provides that the only admissible expert evidence in an authenticity dispute regarding issues of forensic science or the provenance of an artwork must be from an expert or experts chosen from the Expert Pool. All other expert witness evidence may come from any party-appointed experts.

A unique aspect of the AAR is the appointment of a “technical process advisor” to assist the arbitrator(s) in identifying and the gathering of relevant evidence in an efficient and cost-effective manner. The advisor acts under the authority and direction of the arbitrator(s), but may, if requested, draft proposed procedural orders for adoption by the arbitrator(s). The advisor does not attend the hearing on the merits or participate in the deliberations. However, the arbitrator(s) may wish to have the advisor present at hearings on procedural matters of an evidentiary nature to facilitate obtaining the advisor’s advice on such issues.

If the parties have not agreed to a governing law in their contract, the AAR provides that an appropriate choice of law for arbitration will be the law of the principal location of the seller, if known at the time of the transaction, in the case of a sale transaction. In matters other than a sale, an appropriate choice is the law of the principal location of the owner of the art object in question at the time of commencement of the arbitration. Under the NAI Arbitration Rules, the arbitrator(s) is to base its decisions on the rules of law, while respecting any applicable art industry trade usages. Should the parties prefer instead that the arbitrator(s) not be bound by such law, the parties must so authorize the arbitrator(s) in accordance with the NAI Arbitration Rules.

It is common for a plaintiff in an art dispute to bring a claim many year or even decades after the acquisition, particularly in the context of title claims. The AAR confirms that prescriptive periods and similar time-bar principles are intended to be respected where the party raising a claim or defense has no justification for its failure to timely advance its case. The purpose is to protect the other party from “stale” claims or defenses which were not pursued with reasonable diligence and other situations of undue prejudice, such as where evidence has been lost due to the long passage of time.

Under the NAI Arbitration Rules, a party may ask the arbitrator(s) to rectify a manifest error in an award with two months of the date of the award. However, there is no right to appeal the arbitrator(s) decision to any other body or tribunal.

Since the place of arbitration is in the Netherlands and the Netherlands is a signatory to the United Nations Convention on the Recognition and Enforcement of Foreign Arbitral Awards (“New York Convention”), an award can be enforced in the many countries and other territories that are signatories to the convention or similar treaties with the Netherlands. A party seeking to enforce a final award, may follow the statutes, rules or regulations of the signatory country in which enforcement is sought.

My view is that the New York courts are very capable of handling art market disputes. I would prefer to be in a state or federal court in New York with an ownership dispute and I don’t think that arbitration under the AAR would provide a better result. In fact, I’m uncomfortable with the AAR rule cited above on statute of limitation; I would have expected a much more robust discussion of this complex area of the law.  While I have had much success is settling authenticity disputes without having to use the courts, when forced to file suit my cases have settled very quickly. However, other lawyers have had authenticity disputes linger in the courts for years with costly results, and the AAR could offer a better forum for those types of cases. 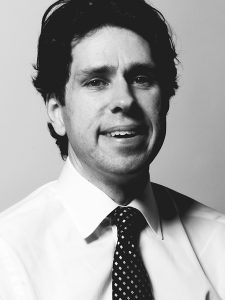